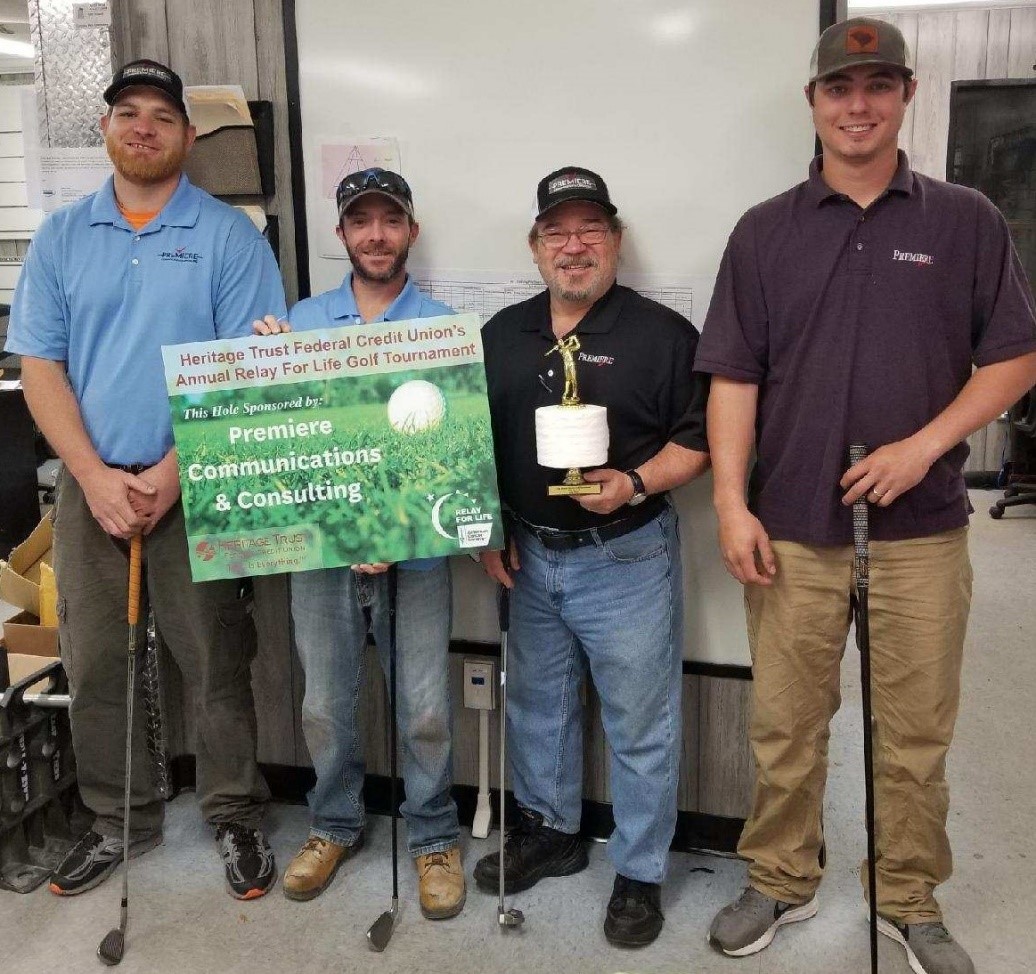 It was a beautiful day for golf at the 14th Annual Heritage Trust’s Relay for Life Charity Golf Tournament. It was sunny and warm with an occasional breeze that day at Legend Oaks Golf Club as Team Premiere faced off against 17 other teams for a day of sportsmanship, camaraderie & fun. It was Team Premiere’s fourth year participating in this great fund raiser and they had yet to win a trophy.

During the event brunch our team gathered to plan their strategy. This year’s team was headed by Anthony “What’s this club for” Rivera and joined by Jason “That’s almost close” Martin, Mike “Pale Tiger” Santomauro and Tyler “Beach Comber” Wiand. After a hearty breakfast and some early libation our Team hit the shotgun start with a vengeance and birdied the three holes! Unfortunately, after some celebratory libations, the next hole spelled disaster with a bogie so high it was off the par scale. Undeterred by this setback our Team forged on getting Birdies and Bogies alike with (a lot) more of the latter.

After the final hole was played and while scores were tallied our Team enjoyed a boxed dinner. While awaiting the final scores, both Mike and Anthony won various door prizes. But the greatest prize was when they handed out the trophies. This was the first year this particular award was being presented and Team Premiere won it – Last Place!

Because our people work hard at making Premiere stand out as the top in our field we may not get as much practice time as we might like, however, Premiere always supports its people and the charities they embrace. This year, with Premiere’s and other organizations participation, Heritage Trust presented the American Cancer Society a check for $7,800.00! And next year we’ll try to place higher, but its more about the comradery, fun, and the charitable donation.